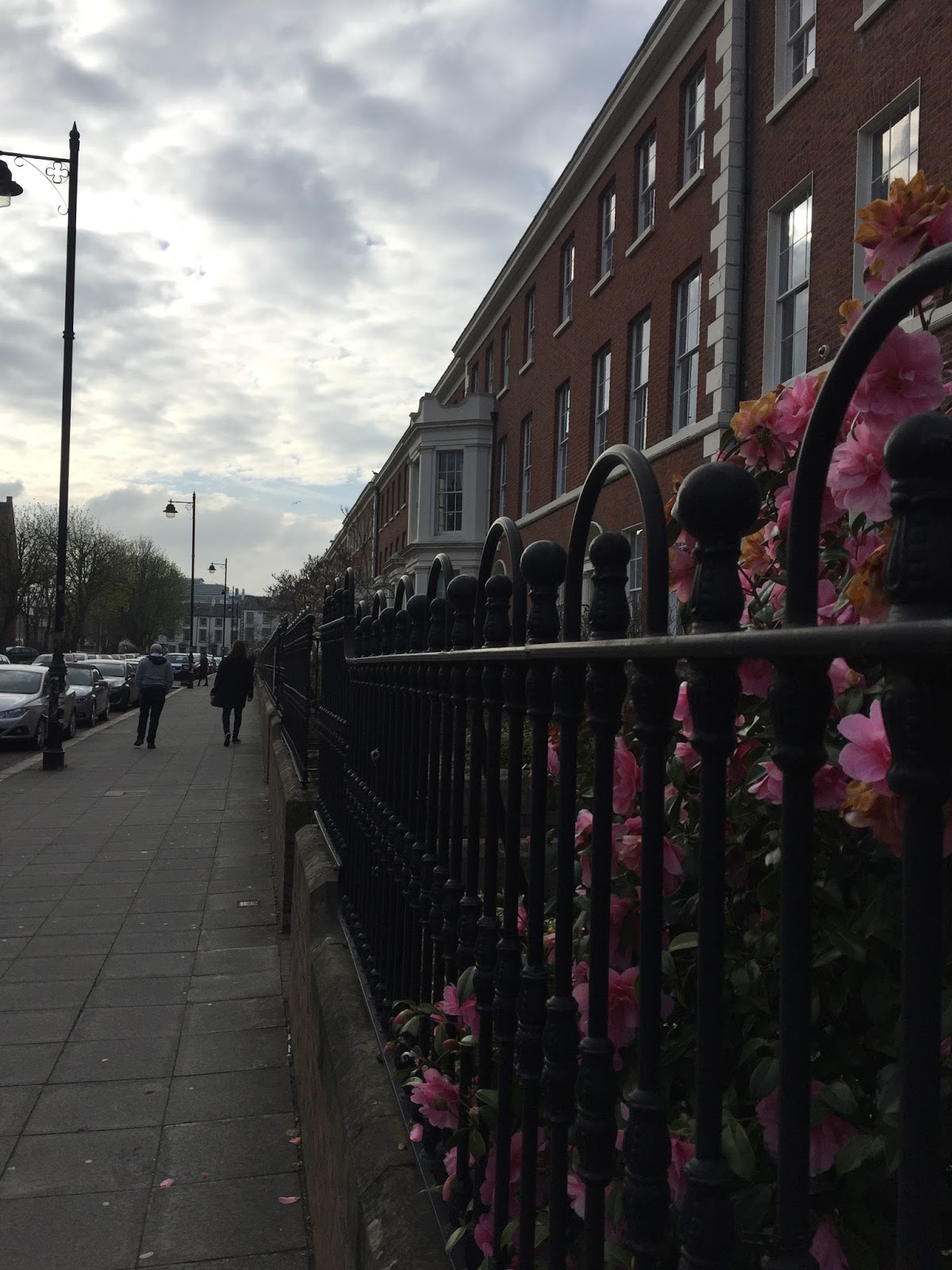 It is also a period filled with travel.

Two weekends ago I had the opportunity to travel to Ireland once again. This time I stayed a whole weekend in Belfast, the city we all unfortunately know because of the so called ‘troubles’ that dominated the last century.

It was not my first time in Belfast so I skipped the political tours (which I had done already) but it is hard to escape the duality of this city. Walking around feeling the vibes, it looks much like a city that is trying really hard to escape its past while not managing completely to do so. The west of the city still is divided by walls and gates visually separating people to one-another. 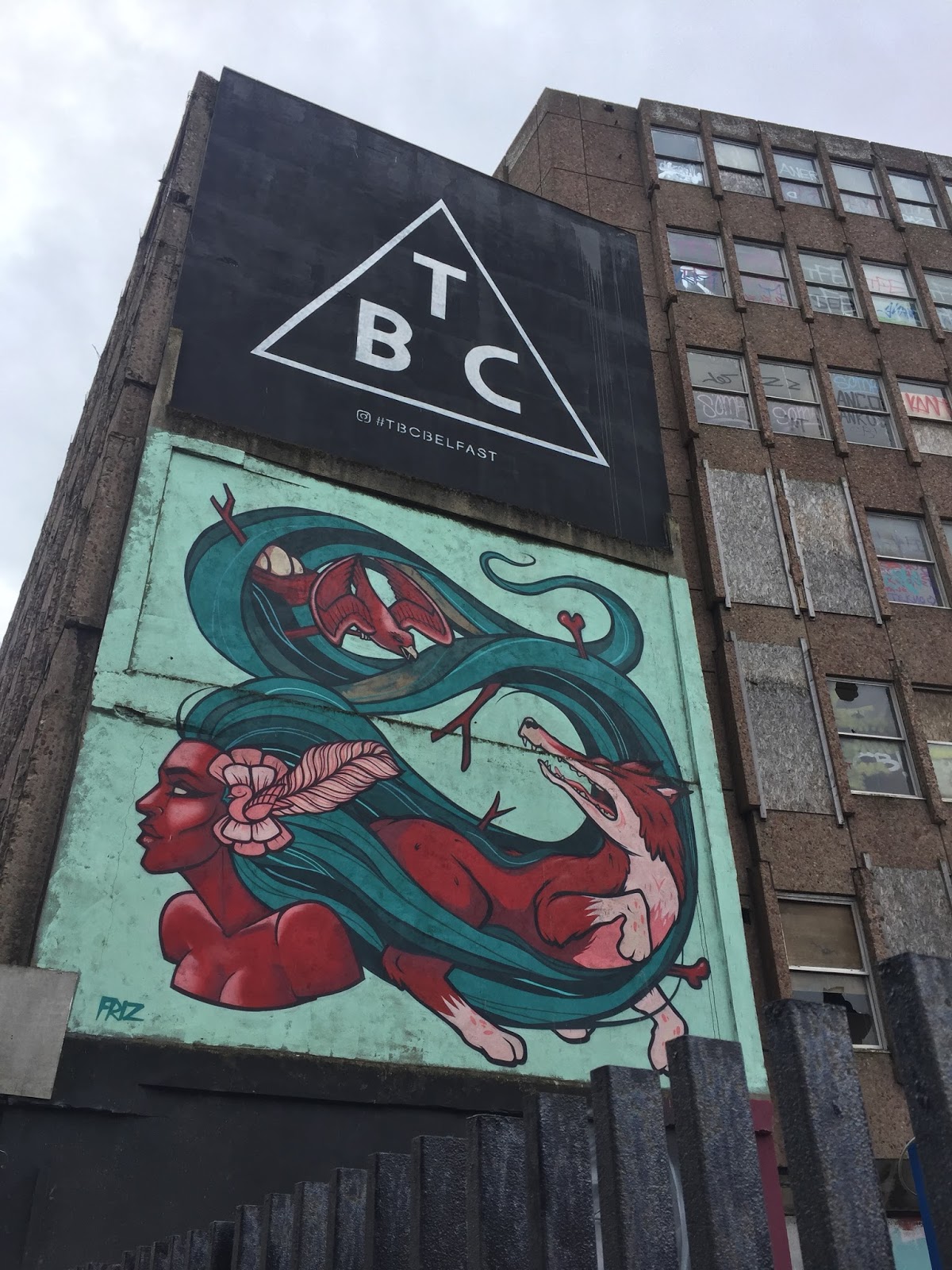 While it is mostly interesting to know the exact history, I will not go into the detail of this conflict here, plenty of people did and do so…but I found the ambiguity city familiar to my own.  As Belfast I am also torn between today and yesterday, torn between wanting to move forward, being happy and this past sadness that never really disappears as well as this feeling of ‘is this it?’ – the typical   thirty-something crisis I noticed some people around me going through much similarly to myself. Much like Belfast I will need to find within myself a way to reconcile my inner differences to let out the beauty within. I know it sounds quite sappy said as such but there is a grain of truth in there.

While walking around, enjoying the sophisticated and lovely street art, and to be honest, some me-time (this is the best part of travelling by yourself….you get to do WHATEVER you want WHENEVER you want) I stumbled  on a poster : “THIS IS THE YEAR OF DOING”

After the first impact, the first slap in the face, the little voice in my head telling me ‘stop complaining start by doing’ – I read the whole pamphlet “If you want something you’ve never had then you’ve got to do something you have never done” – it is time to get out of my confort zone and do – “make shit happen” 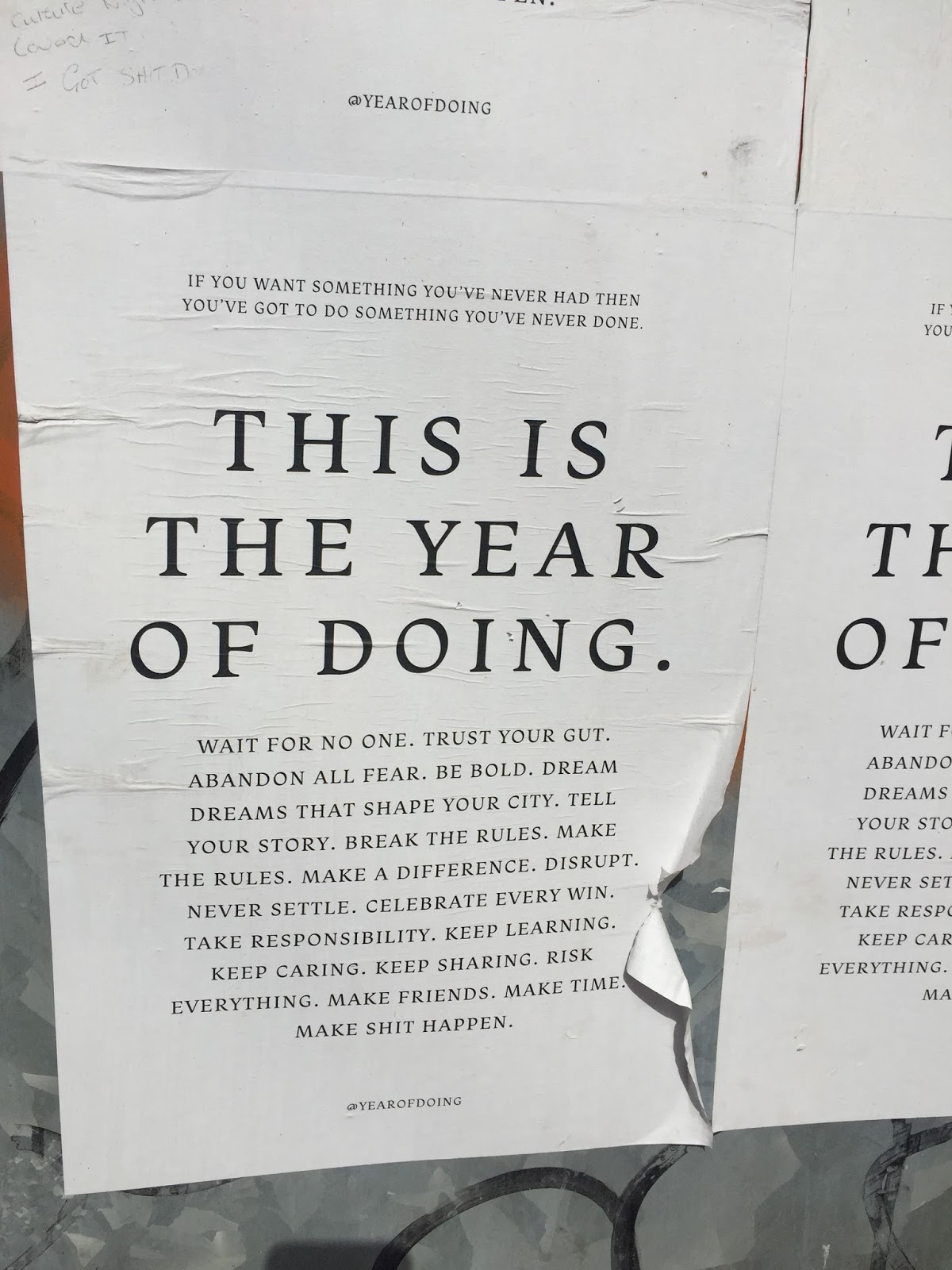 So while all of this is an open door, something I have always known, something I might be partially doing I have decided to set up a checklist of things I wish would be different or that I would tackle instead of procrastinating. I told myself the trick is to start small so I do not get discouraged, like with running starting by some minutes of running then walking increasing little by little the actual running time. So here I will go. I will keep you updated and maybe, motivate someone else in doing the same, working on ourselves to be the best we can and be the happiest we can possibly be. 🙂