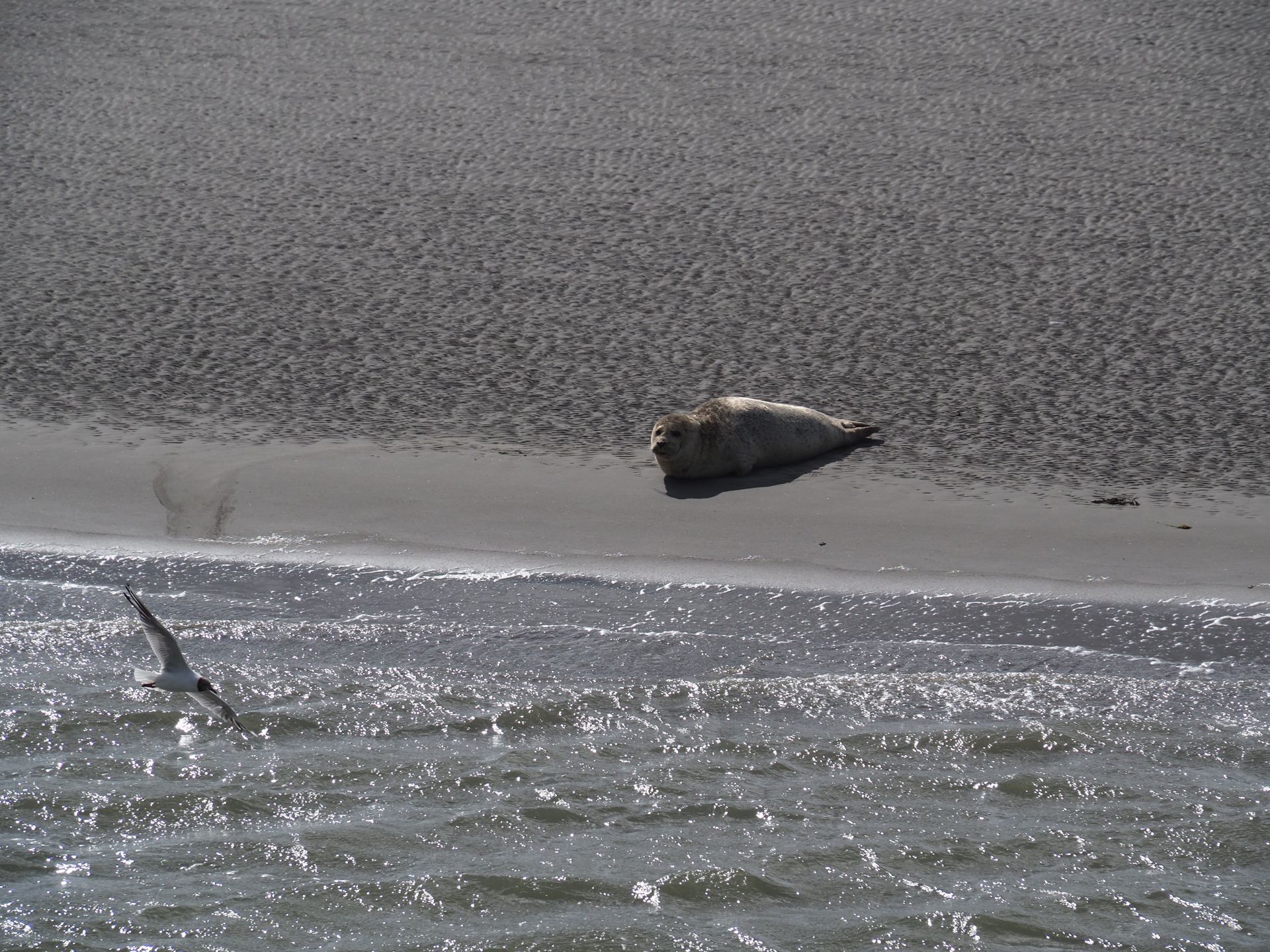 The sea looks grey and calm ahead. A group of twenty people is moving over the muddy plain, most of them wear shorts, a rain jacket and ankle high sneakers in a variety of colours. Some have more professionally looking black smooth diving shoes and carry a long stick that they decisively plant in the soil each time they set a step over the mudding plane. Their leader wears short swimming trunks, has a long white beard and carries a blue backpack. A little grey seal observes the pack slowly coming closer. She hears the plopping sound of their feet being pulled slowly but firmly out of the mud at every step. She has seen this sight before, every night around the same time groups of people move over the mud, the sky is reflected in the water layer that sits un top of the surface. Kids run and splash laughing between the sand banks – their light bodies staying on the top of the clay while the adults sink knee-deep in the unsteady ground. 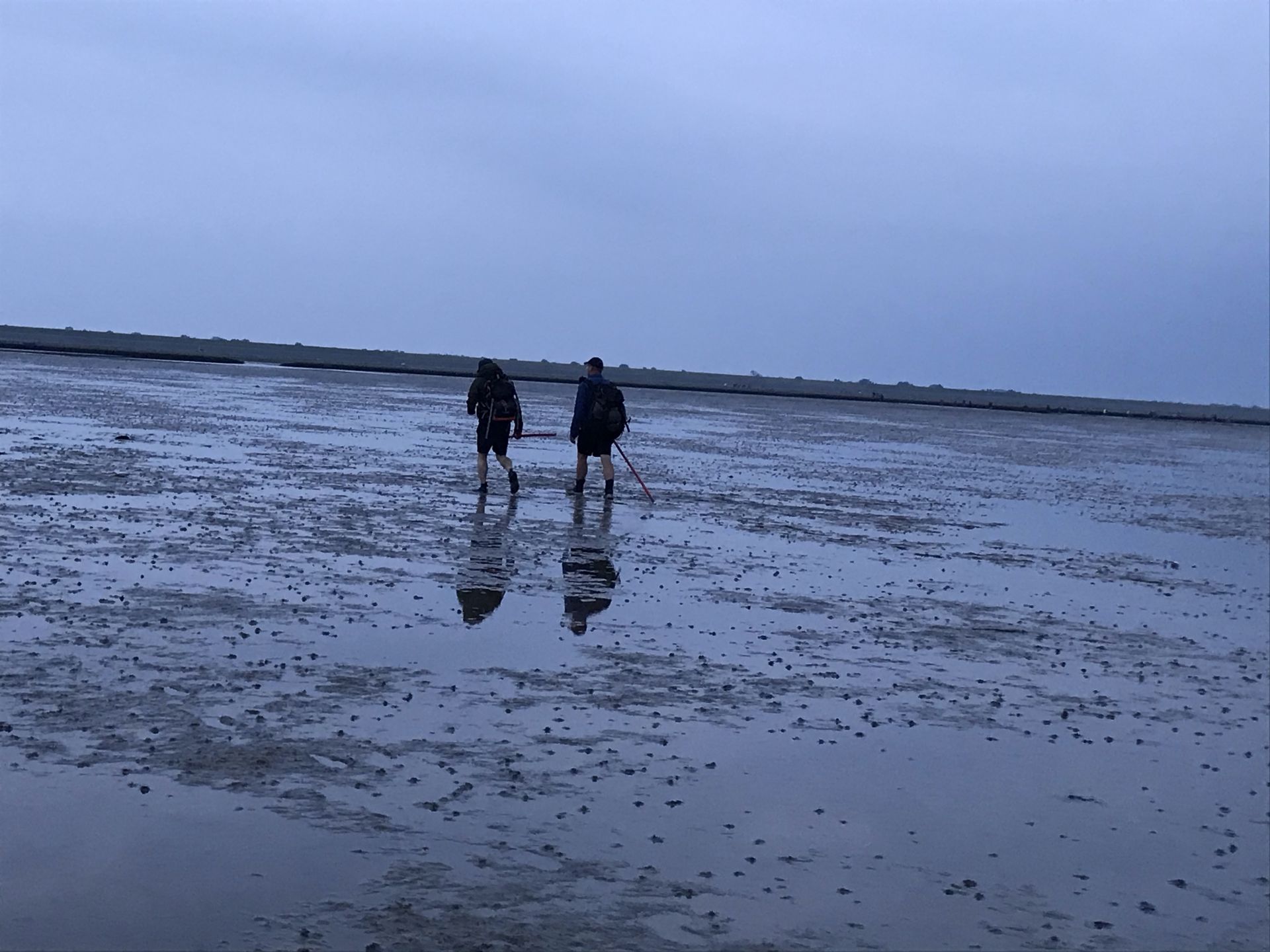 There he goes, the wanderer. The seal follows him with her eyes. He has been here before. Unlike the mass following him he easily moves in the mud as if he were light as a feather. Swiftly moving up along the small vine barriers made to stop the water from crashing into the big green and partly asphalted dike in the background. A pack of sheep on the top follows the wanderer curiously. Their eyes lit up in the twilight. After some minutes they loose interest and continue grazing the succulent grass. The wanderer leads his pack of tourists. They giggle and scream  each time the mud sucks their feet deeper and deeper down. The wanderer is used to these human noises getting lost in the whooshing of the wind. As always, he is untouched by the scene they cause and continues his path. He takes care in leading them along the path but in his mind he wonders off to the times he walks alone over these planes. He knows the tides, he can predict the weather by one swift look up the sky. The pack slowly follows him but he has to remind them that they need to speed up if they want to be back before darkness falls. And he knows, when darkness arrives over this piece of coast and over the sea all what is in sight will be gone, only the starts will stay visible in the sky. 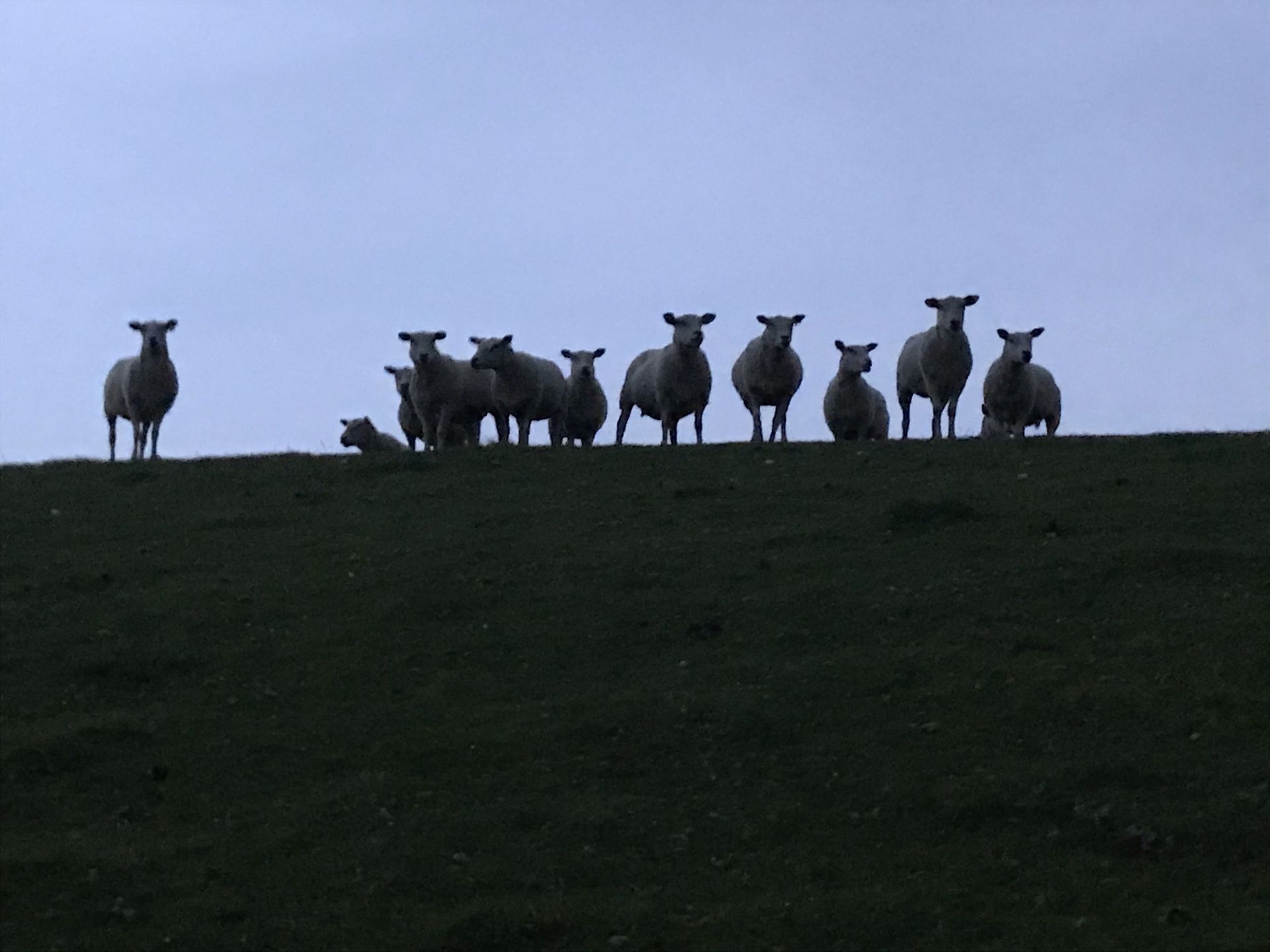 It’s a lonely job, the job of the wandering guide. Knowing the route by heart, appreciating the unpredictable nature. Yes well that’s the most important thing to do, respect nature and its changeable ways. It can be tricky if not respected, it can swallow you up in the grey sludge, the mirroring water can be deceiving guiding towards the wrong direction, creating illusions out of nothing. The birds observe, their judging look scrutinises the group identifying the weakest links at the back while from time to time their beaks rummage in the mud fishing up some worms for dinner. The wanderer has to be aware of the shaky and unsteady city folks not knowing where to step, unaware of the dark sky creeping up from behind.